Download a free drug screening regulation report for all 50 states.

You will receive an email with the download link shortly.

Our intent is to make Montana drug screening compliance as simple as possible. You don’t have to be a constitutional law scholar to conduct workplace drug testing in Montana.

Montana is a “mandatory” state, which means any private employer wishing to conduct drug and/or alcohol testing of non-regulated employees within this state must do so according to the state constitution, statutes, regulations, local ordinances, and court decisions that apply.

These rules are extremely detailed. But, the key thing to understand in Montana workplace drug and alcohol testing is that an employer may only test those positions meeting the “hazardous,” “security-sensitive,” or fiduciary positions defined in state statute (Sec. 39-2-206).

This overview is to introduce you to the nature and history of the state’s workplace drug testing rules and to provide a basic understanding of the compliance issues you may face when drug and alcohol testing in Montana.

This law was enacted in 1997. The law was amended in 2011. Workplace drug and alcohol testing in Montana are not complex once you understand that you are only allowed to test those positions that meet the definition of “employee.” This is a “mandatory” state; meaning if an employer wishes to conduct drug and/or alcohol testing the state’s rules must be followed.

In the November 2, 2004 election, voters approved by 62% Ballot Measure 148 establishing the “MONTANA MARIJUANA ACT.” The law became effective that same day. In 2001, a bill was passed to repeal the Montana Marijuana Act in response to the drastic increase of medical marijuana users and caregivers. The Governor vetoed this measure. In response to the veto, the legislature enacted SB 423 (§50-46-301 et seq.). HB 423 dramatically changed the rules under the Act. The 2016 initiative also led to a number of changes to relevant sections. The current law does have a number of sections relevant to the workplace.  Including a registered cardholder, to operate, navigate, or be in actual physical control of a motor vehicle, aircraft, or motorboat while under the influence of marijuana.

This material is time sensitive. Contact us for updates. This information is subject to frequent change through legislative and court action.

All materials in this page and accompanying information are for general educational purposes and not intended to provide legal, scientific or medical advice. Consult with an appropriate professional to address specific issues.

“Recreational vs. personal” use of marijuana: We recognize that a majority of the country uses the term “recreational use” when referring to states that have legalized possession and use of limited amounts of marijuana for those over 21.

Montana personal and medical use of marijuana. 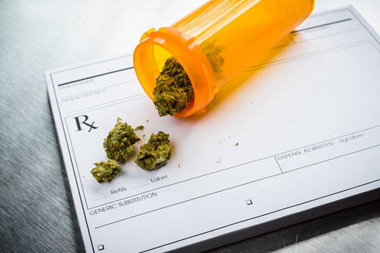 Medical Use: Medical marijuana in Montana has had a contentious history. Medical marijuana was initially approved by the Montana voters in 2004 by 62% of voters It became effective the same day. The Initiative created the “MONTANA MARIJUANA ACT.” It was later targeted by an attempted repeal, but the bill was vetoed by the Governor. In 2011, SB 423 was passed by the state legislature. This law rolled back much of the 2004 voter-approved initiative legalizing medicinal marijuana. SB 423 took effect in July 2011.

Court challenges to SB 423 (including to the State and US Supreme Courts) were initiated. These cases tied up the legislation until August 2016. Proponents of medical marijuana complained that SB 423 created some significant limitations that would force the closure of dispensaries and make it difficult for medical marijuana users to obtain the substance.

Personal Use: Ballot initiatives in 2012 and 2014 failed to get enough signatures to be included on the ballots.

This material is time sensitive. Contact us for updates. This information is subject to frequent change through legislative and court action.

All materials in this page and accompanying information are for general educational purposes and not intended to provide legal, scientific or medical advice. Consult with an appropriate professional to address specific issues.